Proud Talks: What is SIDS and Should I be Worried? 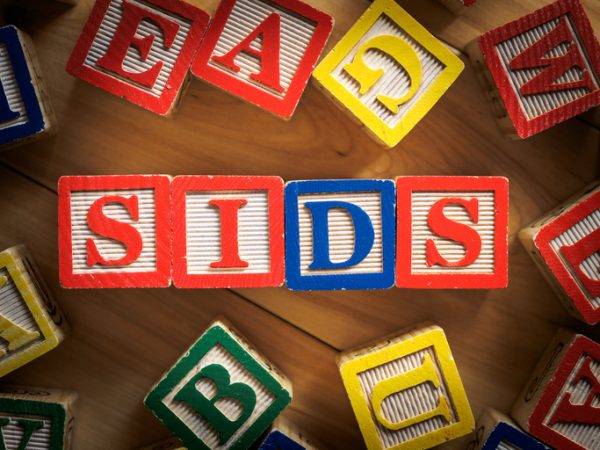 It’s the same cycle of every parent with a newborn: you spend all your energy trying to get your baby to sleep and then, once you get them down, you can’t stop checking on them to make sure they’re still breathing. Every parent’s worst nightmare is that their baby may stop breathing in their sleep due to an aged old disorder most of us know as “SIDS”, Sudden Infant Death Disorder. While there aren’t as many cases of SIDS as parents would believe, we wanted to take a more in depth look at syndrome and answer some questions for worrisome parents.

Sudden Infant Death Syndrome, also known as “Crib Death”, is when a seemingly healthy baby 12 months or younger passes away during sleep with no warning signs or a clear reason. Majority (90%) of SIDS deaths occur before a baby reaches 6 months of age.

The CDC reported 1,400 deaths due SIDS in 2017. This number shows us that the rate of infant death due to SIDS has drastically declined in the last decade. This is not only due to medical advices in preventing SIDS but also due to a reduction of misdiagnosed infant death which is more often accidental suffocation or strangulation in bed or unknown cause.

We still aren’t aware of full list of causes of SIDS however researchers have discovered some factors that may put your baby at extra risk. It appears that SIDS might be associated with defects in the portion of an infant's brain that controls breathing and arousal from sleep.

Here are some key factors that been discovered to make babies more vulnerable to SIDS:

What can I do to Prevent SIDS?

While there is no fool proof way to prevent SIDS, parents can take certain steps to reduce the chance of unexpected infant death. The main thing to remember when preventing SIDS is to always place your baby on their back when going down for sleep. Babies should be put to sleep on thier back until they are old enough to roll over on their own. Always makes sure anyone you leave in charge of your baby is informed of correct sleeping positions, don’t assume everyone knows. While it is may be cute and trendy to decorate your child’s crib, when it comes to sleeping time, your baby’s crib should be as bare as possible. Fluffy bedding, pillows, and toys may interfere with your baby’s breathing while sleeping. It is also important to insure that your baby is not overheated while sleeping. To prevent overheating try using sleeping blankets that are lightweight and always avoid covering your babies head while sleeping.

Parents of newborns should consider sleeping in the same room for at least the first six months after birth. Co-sleeping has been proven to greatly reduce the risk of SIDS. While it is recommended that newborn babies sleep in the same room as parents for the first year, it is not always safe to put infants in adult beds. You baby should sleep in your room but alone in a crib or bassinet.

Birth is not only about making babies. Birth is about making mothers — strong, competent, capable mothers who trust themselves and know their inner strength